The European Union is an 1) of most of the states of western Europe that works toward and oversees the 2) and political integration of these states. The European Union consists of the European Community. The original 3) of the EEC were Belgium, France, West Germany, Italy, Luxembourg, Luxembourg, and the Netherlands. Denmark, Ireland, and the 4) Kingdom joined in 1973. Greece was admitted in 1981. Portugal and Spain entered in 1986. The 5) East Germany entered as 6) of re unified Germany in 1990. Greenland, a 7) state of Den mark that had been brought into the EC when under full Danish rule, withdrew in 1985. The Maastricht Treaty paved the 8)_ for other European 9) to join the EU. Austria, Finland, and Sweden - all members of the European Free Trade Association (EFTA) became 10) of the EU in 1995. 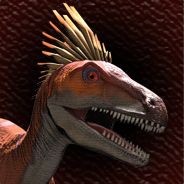 our school is very beautiful. it is not small, but not very big. we have got 4 steps in it. on the first we have got a refectory and cloakroom.refectory   is rather comfortable and you can eat tasty breakfasts and dinners in it. cloakroom is new and very clean. on the second floor is a primary school. we have not got lessons where. on the 2 and 3 floors we have got our lessons. we have got 60 klassrooms. they are light , evrywear we have got computers.i like my school very much.

Английский язык, adelinasafina098
Fill in these facts about you. then write a letter to a pen friend and tell him/her all about you. ! ​...
Ответов: 1
Посмотреть

Английский язык, 3увцувцувцув
Burning the candle at both ends the nurse asked me if i (be) next and she led me into dr. brown's surgery. dr. brown smiled at me and asked (what the problem be). i'm a young man a...
Ответов: 1
Посмотреть

Английский язык, zhubankamshat6
There's violet beauregarde! ' he heard someone shouting. 'that's her all right! i can remember her face from the newspapers! ' 'and you know what? ' somebody else shouted back. 'sh...
Ответов: 3
Посмотреть
Больше вопросов по предмету: Английский язык Еще вопросы